At precisely 9 a.m. on a pleasant winter morning in January 2016, Impiger's first ever 36-hour internal hackathon kicked off with over 60 enthusiastic designers, engineers, and analysts sacrificing their weekends to toil on their coveted ideas and come out with working prototypes on the other side.

Impiger is growing and fast. With the influx of new, aspiring employees, many processes and systems were recently put in place to be bodyguards of their creativity and enthusiasm and to empower the workforce – old and new alike. A quarterly hackathon was one of the affairs decided to foster an environment of competition, a way to identify hidden talent, find new processes and serve as an outlet for ingenuity within teams - for merely talking about dreams and possibilities stuck in the head are nothing but pointless indulgence.

The hackathon began with the participants at our Coimbatore and Chennai locations presenting their concepts to the judging panel. After getting their propositions validated, they bunkered down in meeting rooms and cubicles to turn coffee into code. The marathon event continued into the afternoon and then the evening with threads of sweat and code running side by side. The teams decided that sleep was not a valid reason to stop and so it went on into the night- much to the annoyance of our office admin whose sleeping bags and cushions went unused - and more caffeine was demanded. 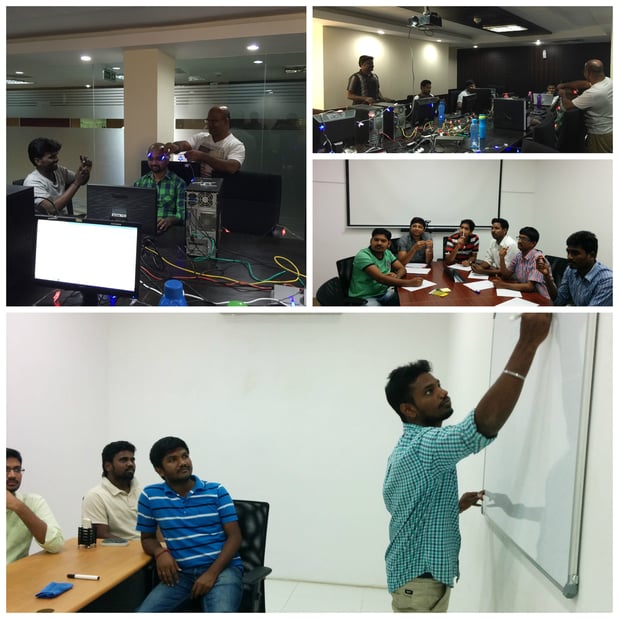 The nine prototypes fell into three categories: a tension of purpose, a sense of fun, and good “old-fashioned” pragmatic automation.

In the first category, there was an app to replace 9 physical objects used in Tiger conservation, an idiot-proof solution to solve our excess food problem, an app that realized the Indian Prime Minister’s vision of ‘Skill India’.

In the second - a psychedelic IoT mobile game that tips its hat to the 70's, a multiplayer, and a multi-platform card game that lets the user set the rules.

The third had – a web solution that remotely virtualizes a smart phone and allows ‘n’ number of users to control/use all aspects of the device, a Google Now on steroids with flavors of IFTTT, an android event recorder that converts physical actions into python scripts and a straightforward travel management system that strips the process to the simplicity of a geometrical drawing.

At 8.00 p.m. on January 10, the teams presented their prototypes to the judges and as their brains and muscles evade the responsibility of a shape with a delight of taking on a big challenge and disposing of it with great effort and eagerness to meet another.

The teams were to be scored based on the application overview, technologies used, market opportunity, features, demo, and Q&A. After careful deliberation, the judges decided that Team TMS, won after scoring the top points on all categories for designing an amazing travel management system 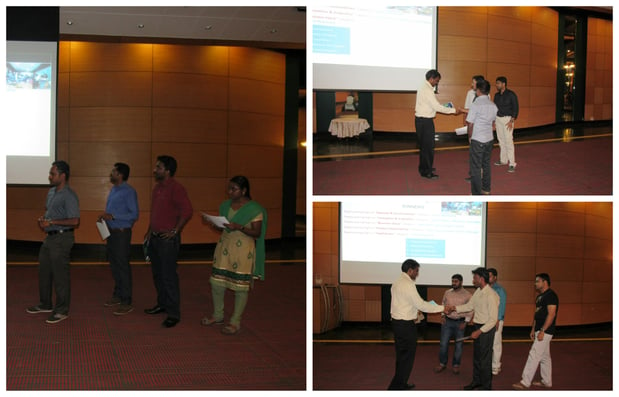 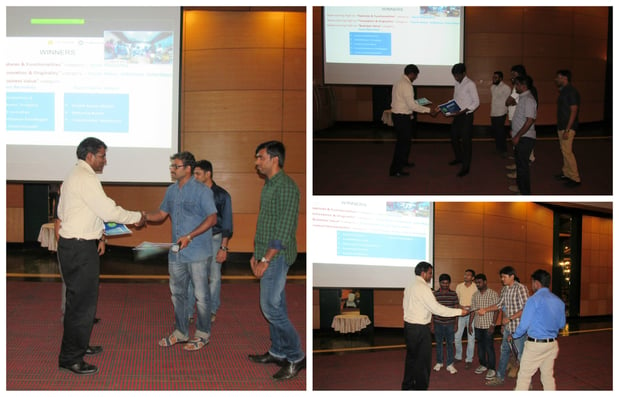 The management likes to thank everyone for participating and looks forward for the next edition of the hackathon to be held in April.